My second neighborhood to visit was Pilsen. Now, I’m not claiming that I’ve thoroughly explored these neighborhoods; not even close! I just like getting out on a Saturday, with a short list of things to see. I get the feeling there is a lot in Pilsen that I still haven’t seen or don’t know about. My visit centered around the National Museum of Mexican Art, and a few points of interest from the “Open House Chicago” list. 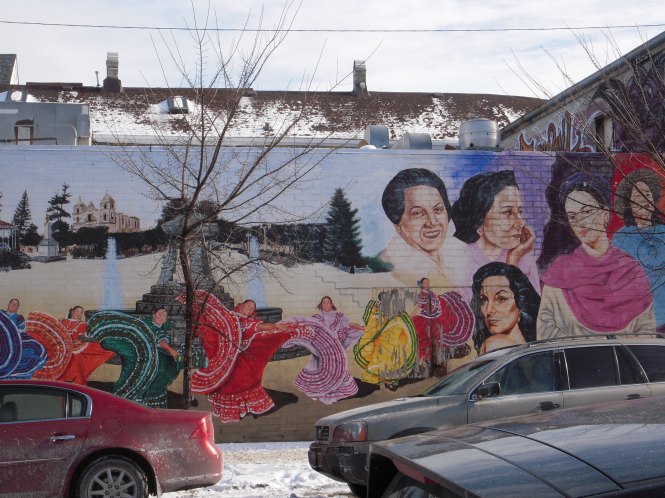 A mural in the Pilsen neighborhood

The National Museum of Mexican Art is an interesting place, not too big but nice enough. I was sad that I’d missed the Day of the Dead exhibit. The current exhibit, “Nuestras Historias: Stories of Mexican Identity from the Permanent Collection” was neat, highlighting periods of strong nationalism vs. loss of culture, and place specific identities, like Mexicans in Chicago and the Midwest. Cool.

At the National Museum of Mexican Art