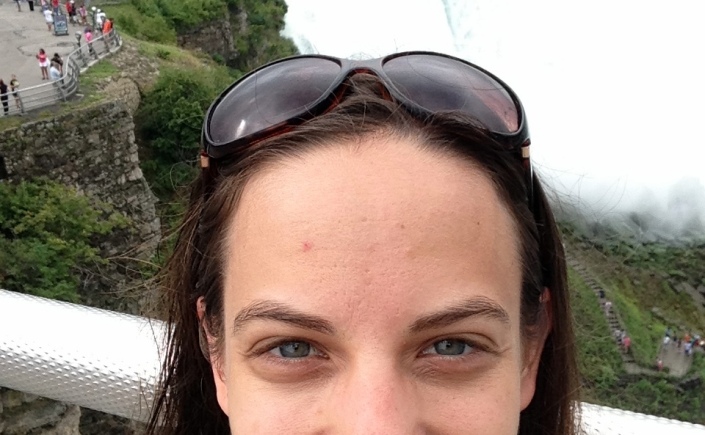 Yay! I finally got to travel again and visit someplace new! Not that I need to be travelling all the time, but it gives me something excellent to write about. And this trip was my “I just got laid off, and I need to do something” trip.

Actually, the trip was thanks to some travel benefits I received from my employer. I was eligible for a free round-trip Amtrak ticket to anywhere. So I started thinking, where can I go on my own, that doesn’t involve 25 hours on the train? Buffalo, NY came to mind, and thankfully it was only 10 hours!

My last day of work had been on the Friday, and I boarded the train Monday night at 9:30pm. To my surprise, the train was packed, and passengers were getting on and off the train throughout the night. I did manage to sleep, as the seats are definitely more comfortable than an airplane – a plus for train travel – but I needed a pick-me-up by the time I finally got into Buffalo downtown at 11am the next morning. Lucky for me, there was a Tim Horton’s across the street from the bus stop. Many Canadian friends of mine have talked about the place like Americans talk about Starbucks, so I gave it a try, and was thoroughly satisfied.

The City Hall building by night

My second stop of the day was at the City Hall for their daily free tour at noon. The guide was a volunteer with the local preservation group, and had a lot of information to share about the city and the building itself. According to her, the City Hall is the 2nd largest in the US, after LA, and is in a beautiful Art Deco style. If it weren’t for the fog that day, the visit to the observation deck would have been spectacular as well, but alas…

While I figured I didn’t have the time to devote to visiting the acclaimed Albright-Knox art museum, I did go by and admired the large public park and lake just east of it. This was all so that I could visit the Frank Lloyd Wright house on the opposite side of the park. This was also closed, but I managed to snap a few pictures before moving on. I had to check into my hostel for the night (Hostel Buffalo Niagara – creative name), and grab a quick dinner before heading to the highlight of my day: the Sunset Silo City Kayak tour.

At 6pm a friendly guide named Justin greeted us and our group of 10 or so people all shuffled into bright colored kayaks and pushed off from the pier. It was such a workout for my arms, and I struggled to keep up, but our guide led us down the Buffalo River, past some working and some obsolete factories and grain silos, which I had learned are central to Buffalo’s history.

On the ‘Silo City’ kayak tour

While the sun sank lower, we had enough time to go ashore and slip inside on the silos, to admire the massive size of the structure. Our guide talked about their hope to turn one of them into an enormous climbing wall, which sounds exciting. We made it back to the dock by when it was finally dark out, and I headed back through the largely deserted streets to the relative safety of the hostel.

I awoke early the next morning, knowing that already my trip was half over and I would be taking the train home later that night. I started my morning off with another dose of Tim Horton’s, and then caught the hour-long bus up to Niagara Falls. First order of business was take the ‘Maid of the Mist’ boat ride on the river, and promptly get soaked. The experience was amazing and we really were enveloped in mist, so that the souvenir poncho didn’t seem a match for the mighty Falls! 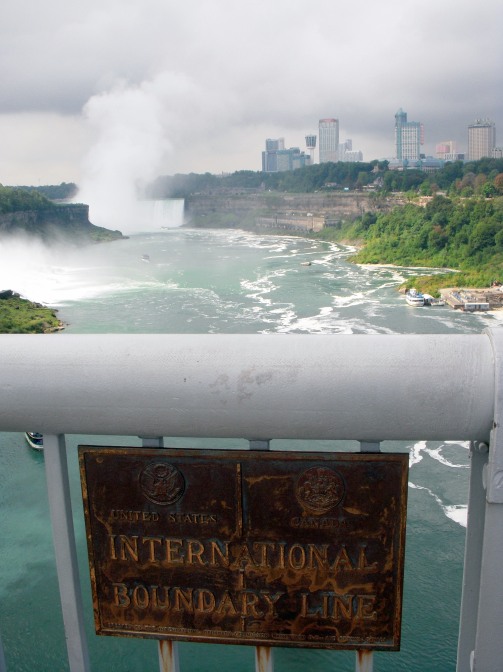 On the bridge, between the US and Canada!

The rest of the day was spent exploring both the US and Canadian side, and I am not convinced that one side is better than the other. The best part of the afternoon was getting a picnic lunch from a street food stall, and eating in the grass overlooking the river rapids. After having spent all day there, it was time to catch the last bus back to the Amtrak station. 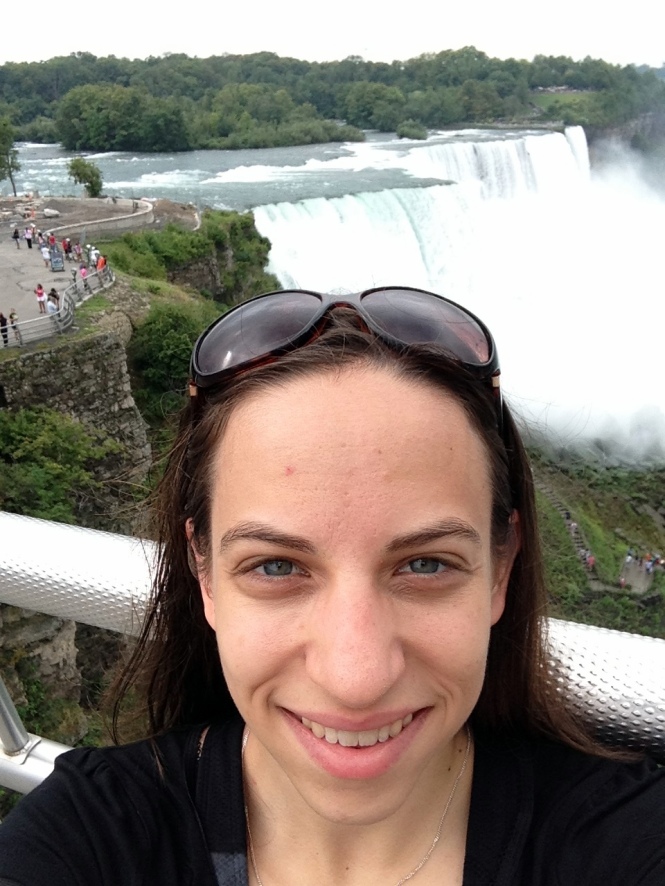 Due to the train schedules and delays, I spent 5 hours waiting in the tiny station, but enjoyed catching up on my reading. I am now convinced that Amtrak is the way to go, because the best part of the journey was being able to go to the lounge car in the morning, sip a coffee, look out the window and talk to the other passengers. My 2 day vacation came to a satisfying close as I finally got home and proceeded to nap for the next 4 hours. C’est la vie. 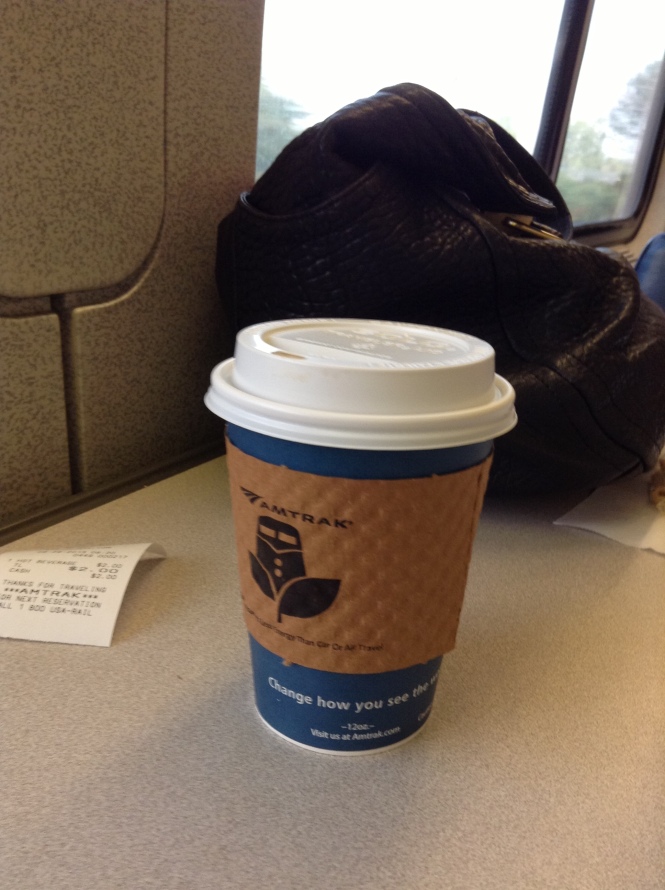 Enjoying a coffee in the Lounge car