It appears that I have gotten a little behind! The past few weeks have been quite full, as you’ll figure out. When I last wrote, classes were about to start again, and we’ve covered all kinds of very practical things about taking care of objects in museums. We even visited an off-site museum storage facility in Birmingham, where the curators led us around and said ‘don’t touch the spears, they still have poison on them’, and ‘don’t touch the stuffed animals, they still have arsenic on them’! I just turned in my essay last week on how to borrow an object from an overseas museum. How exciting!

"Look at all these stuffed birds covered with arsenic!"

As classes were winding down prior to the essay deadline, I took the opportunity to travel to Madrid, Spain, to visit a college friend. Jackie has been teaching in a Spanish school for about 2 years now and is ready to return to Chicago in a few months, so I saw an opportunity to visit her that I couldn’t pass up! She showed me the best Madrid has to offer, including visiting the famous Prado Museum, hot chocolate and churros, sitting out on a rooftop terrace, relaxing in beautiful Retiro Park, and an amazing Flamenco dance show! That’s a lot for one weekend! Two days later I turned my essay in early, and then was ready to head off on another adventure. 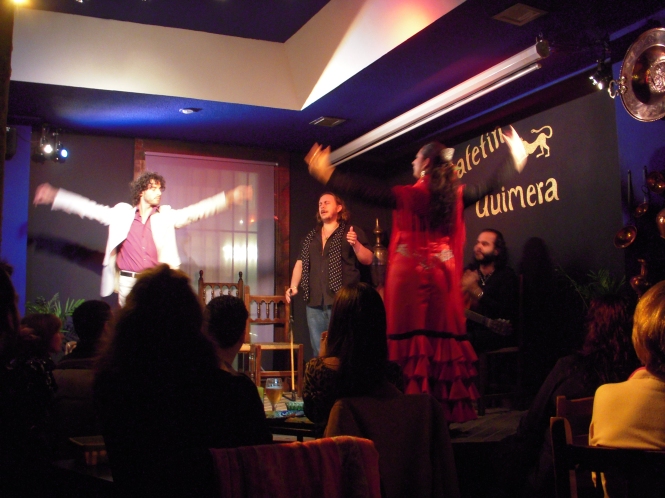 I left for Berlin on February 1st and had plans to stay with a CouchSurfer my first 2 nights. Andre was an enjoyable host, and the type of person that wants to be a student forever (it helps that German students do not pay for university). He showed me his neighbourhood and university, but the strangest thing was probably going to see an American movie at the cinema, Brad Pitt’s baseball movie Moneyball! Andre knows more about American film than I do, but I know more about baseball. We parted ways on Friday and I went to meet up with Jackie, who was coming for the weekend to travel with me. Now we could get to the really tourist-y stuff! 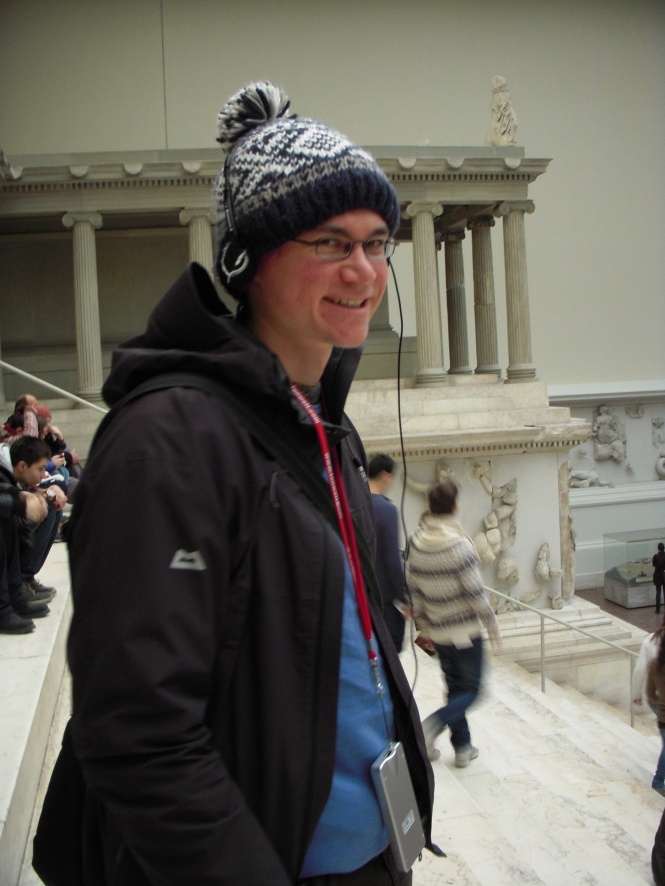 My CouchSurfing host Andre, with me at the Pergamon Museum

First off, the temperatures in Berlin were awful, sometimes single digits (Fahrenheit). It was painfully cold! Regardless, we visited the palace city of Potsdam, took a walking tour around central Berlin, toured the forced labour concentration camp Sachsenhausen, and saw a slew of museums, memorials and historic sites during our visit. This is a city just reeling with history! Among my top moments, I mentioned that visiting the concentration camp in sub-zero temperatures made me appreciate what working outside in flimsy prison garments might feel like. And seeing Nazi architecture still in use, and Communist monuments impressed upon me how much has happened in the last 50 years alone.

The Brandenburg Gate at night, gateway between east and west

Alas, the cold was too much for me, and I came back to Leicester on the 6th. I’m still processing everything I’ve seen and learned, but I’m ready for the remainder of the semester as well, and having the opportunity to create our own exhibit, give a dissertation proposal, and select a UK museum for our 8-week work placement this summer. There’s a lot still to do.