The CouchSurfing Chicago Couch Crash this weekend was amazing! Thanks to all the organizers and everyone who attended and made it so much fun. For those that don’t know, here is their definition of what a couch crash is:

**What is a CouchCrash?**
A DIY, citywide celebration created by the local CouchSurfing community for the purpose of showcasing all sorts of unique sights and sounds that a regular tourist might not discover on their own. If you’ve been curious about Chicago, this will be an excellent introduction. If you’ve been to Chicago before, consider this another opportunity to discover even more of the music, theater, food, architecture and people that make this a world-class destination!

I had 2 travellers stay for just one night, and they brought me along to a concert at the United Center; Roger Waters: The Wall. I admit I’m not half as familiar with Pink Floyd as they were, but I could still appreciate the music, and the elaborate stage production they put on.

After the concert, since we were already in the city, we went to the board game night which ended up being packed! I played an intense game of trivial pursuit that brought us to closing time at 2am. But since my surfers were now hungry we stopped at an all night diner, the Golden Nugget for some breakfast foods and laughed that they offered a “scoop of tuna” under side dishes.

On Saturday we slept in too long to make it in time for the afternoon bike ride around Chicago (or rather my surfers slept in too long), but we hit up a toy store and a thrift store (note the new corduroy jacket Anthony is wearing in the picture 🙂  ) before heading to Lorie’s bbq and bonfire party. They were giving away glowsticks to people that could show off a hidden talent, so Sean and I did a circus stunt for ours. Haha. We sometimes like to show off… 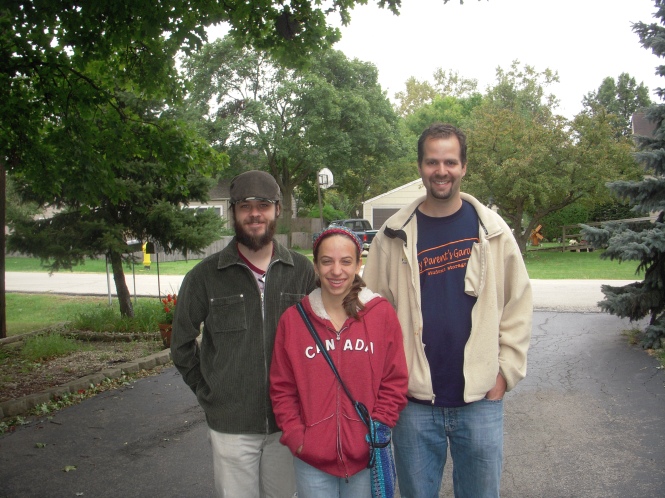 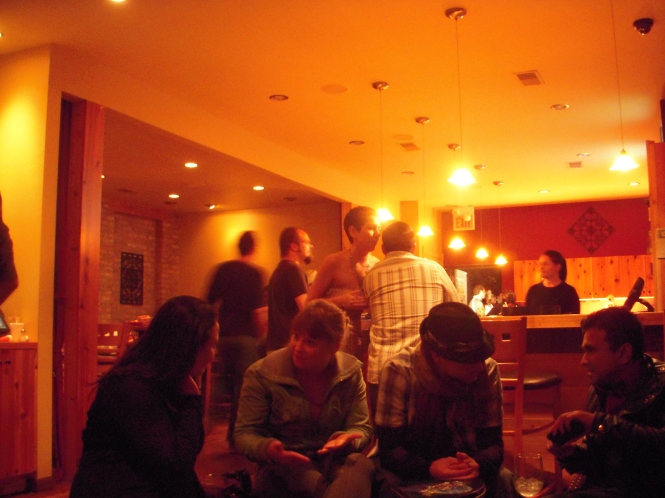 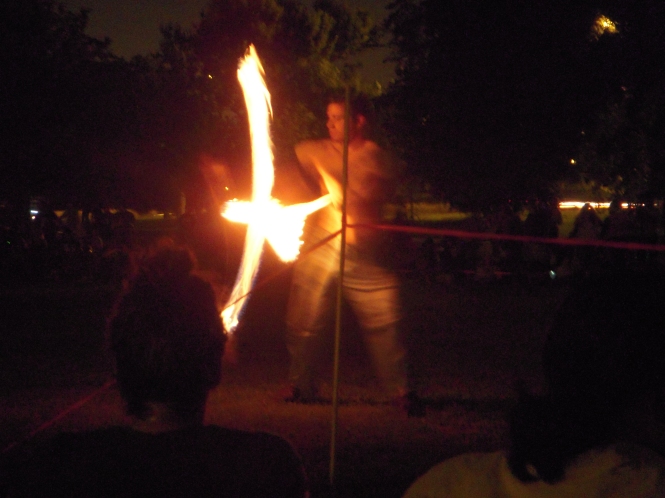 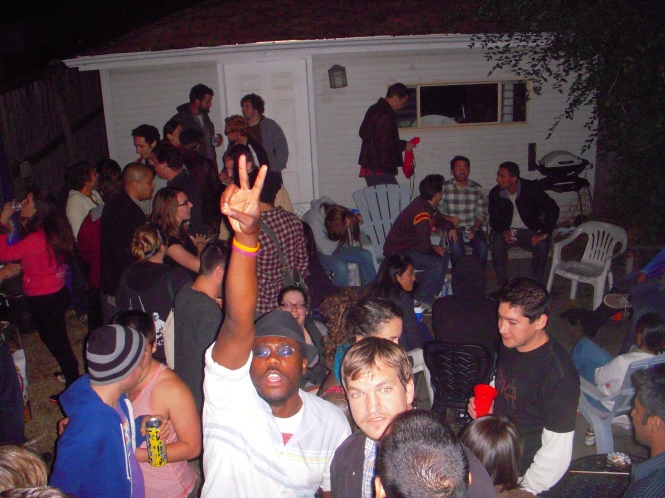